In an impressive show of community goodwill and connectedness to the Y’s cause, the Rotary Club of Annapolis honored our work in Anne Arundel County at a their annual “Black Tie & Diamonds” fundraising event last Saturday, March 3rd at the Annapolis Westin Hotel. Each year the Rotary chooses one charity to support through this event and thanks to the leadership and clearly good relationship building skills of EJ Amyot, Debra Einstein and Matt Lewis, we were lucky enough to be chosen. With some 200 participants (My wife Holly and me included) in attendance, it was a very special night filled with great stories about Y experiences, along with a great outpouring of generosity yielding over $30,000 for our work in Anne Arundel County. In addition to guests, there were also 12 volunteers that came from the Y, Rotaract (Rotary Club for young people ages 18-30), and Interact (Rotary for High School students). 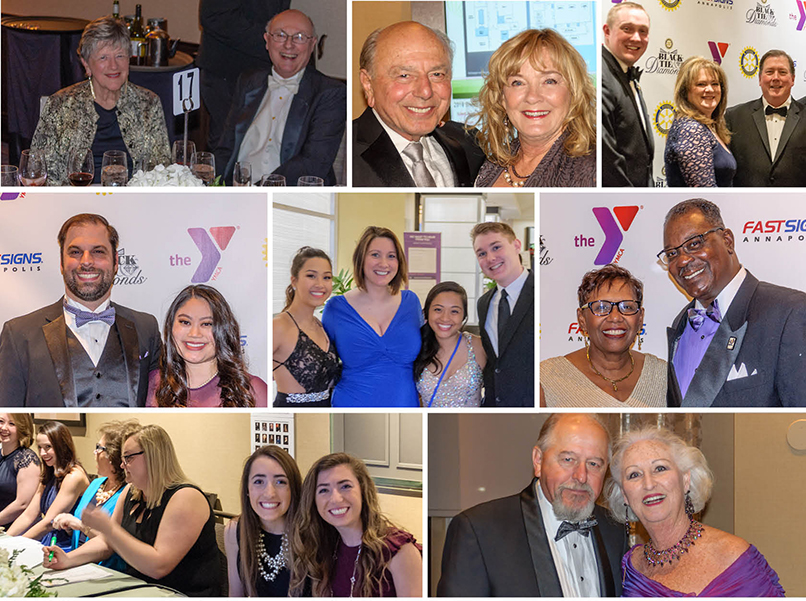 The Reverend Dr. Carletta Allen gave a stirring invocation which demonstrated she really understands and embraces our mission. Steve Hall, the Rotary Chair, who serves on the Y’s Community Leadership Board, chaired the event and wonderfully described to those gathered how the Y has played such an integral role in his and his family’s life. We are so fortunate to have advocates in the community like Steve and Reverend Allen and we are deeply grateful for the support of the Rotary Club of Annapolis. As one sponsor, Zachary’s Jewelers, put it “It’s What Makes Us Want to Give That Makes Us Most Alive.” I think they hit the nail right on the head!

For those who have been around here for a while, you will recall that we weren’t in any way considered a relevant community asset in Anne Arundel County just four short years ago (despite an impressive after school and summer camp footprint).  Now, with the addition of the Greater Annapolis and Pasadena Ys, our selection by the federal government to take on responsibility of the county’s Head Start program, and the continued expansion of our after school work, we are an absolute force of individual, family and community well-being in the region’s fastest growing county.  To be recognized by the Rotary Club of Annapolis as its recipient of the proceeds of the Black Tie & Diamonds event would have been a pipe-dream not long ago.  We’ve come a long way, and we don’t intend to slow down!
All the best,

Tagged in:mmu, monday mission update, the y in arnold, the y in pasadena