As if a reminder that college sports can still be about something much greater than winning, we recently hosted a Y Field Day at the Weinberg Y in Waverly. Student athletes from Towson University and Morgan State University came together to serve their community, a part of a series of activities leading up to the “Battle For Greater Baltimore” football game between the Bears and Tigers this coming Saturday. 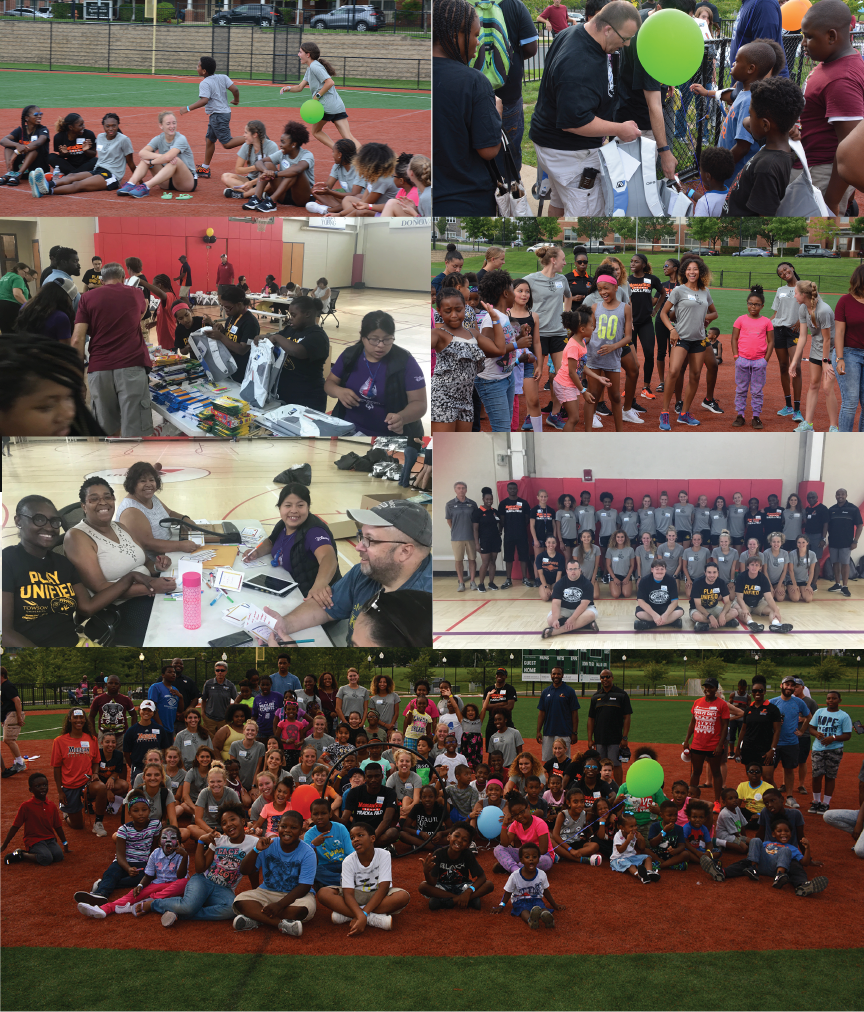 In addition, representatives from the Special Olympics of Central Maryland, a partner of Towson University athletics, assisted with sorting, assembling and distributing backpacks filled with schools supplies generously donated by Y members, Aetna Better Health of Maryland, and Anthem, Inc.

The Y is proud to have ongoing partnerships with both of these wonderful institutions, including Association Board leadership from Dr. Kevin Banks, Vice President, Student Affairs at Morgan State University, and Tim Leonard, the Athletic Director at Towson University.

Many thanks to all the Y volunteers and associates who helped make this terrific community event possible.

P.S. I would like to say a few words about the passing of Senator John McCain, an iconoclastic American whose life, courage, patriotism, honor and irascible nature have rightfully captured our imagination for decades.  McCain’s life echoed in some ways the hero of Ernest Hemingway’s For Whom the Bell Tolls. Robert Jordan, a young American who leaves behind his comfortable life to fight against the Nazi-supported Nationalists in the Spanish Civil War, never loses sight of his goal, the demolition of a bridge, despite doubts about whether the mission is necessary or plausible. He fights because he hates fascism and feels a profound sense of duty to oppose it.

In a sense a way of life has passed with Senator McCain’s death from brain cancer.  While our politics have always been nastier than our memories allow it to be, McCain understood that politics was about ideas, and fighting for them with all one’s heart and soul.  He also understood that one’s political opponent need not be one’s personal enemy.  McCain was at his best when he now famously took the microphone from a woman who called then candidate Obama an “Arab” at one of his 2008 Presidential rallies.  “No, ma’am. He’s a decent family man, citizen that I just happen to have disagreements with on fundamental issues, and that’s what this campaign issue is all about.” McCain and Obama had dramatically different world views on a whole range of issues, but he understood that politics was meant to be a battle of ideas, not a forum to demonize and attack the character of one’s opponent. He sparred with the best of them, but he was close friends with many people whose political views were quite different from his.  He had a sense of decency, honor and humor that is now almost completely lacking from our current political discourse.  It’s perhaps his final act of civility that the two people who McCain chose to speak at his memorial service are the two people who defeated him in Presidential elections, George Bush and Barak Obama.

The name of McCain’s 2002 book, Worth the Fighting For, comes from a moment in Hemingway’s novel when Robert Jordan thinks back on his life and confronts his own mortality.  What he says there is perhaps the perfect coda to John McCain’s life. “The world is a fine place and worth fighting for and I hate very much to leave it.”