Safety in and around the water, along with learning to experience the pure joys of swimming are core to the Y’s history and legacy. Countless generations of children and adults have learned to swim at Ys around the country and it’s safe to say that millions of people in the U.S. feel safe in the water due to an experience at Y camp, at a Y family center or another Y program. Focused, vigilant lifeguards are the critical link which binds all these experiences and we can never say or do enough to continually support, train and thank our lifeguards!

At our second annual “Lifeguard Challenge,” held recently at the Y in Pasadena, more than 70 of the approximately 350 Y lifeguards who work for our Y had the chance to show off their skills, engage in some intense (but ultimately friendly) competition, and relax with their colleagues from around the region. They competed in games like Slide Obstacle Course, Cannon Ball and a Scavenger Hunt, along with water safety games, rescues and CPR refreshers. The team from the Greater Annapolis and Dancel Ys, a.k.a “The Green Bands,” won overall with the most points, though they were given a run for their money by the “Thunder Rolls” (who won for best team spirit) and the “Unguardables” (who, not surprisingly, won for best team name.)

Aaron Johnson from the Weinberg Y in Waverly won the coveted Golden Whistle for his all-around skill demonstration. 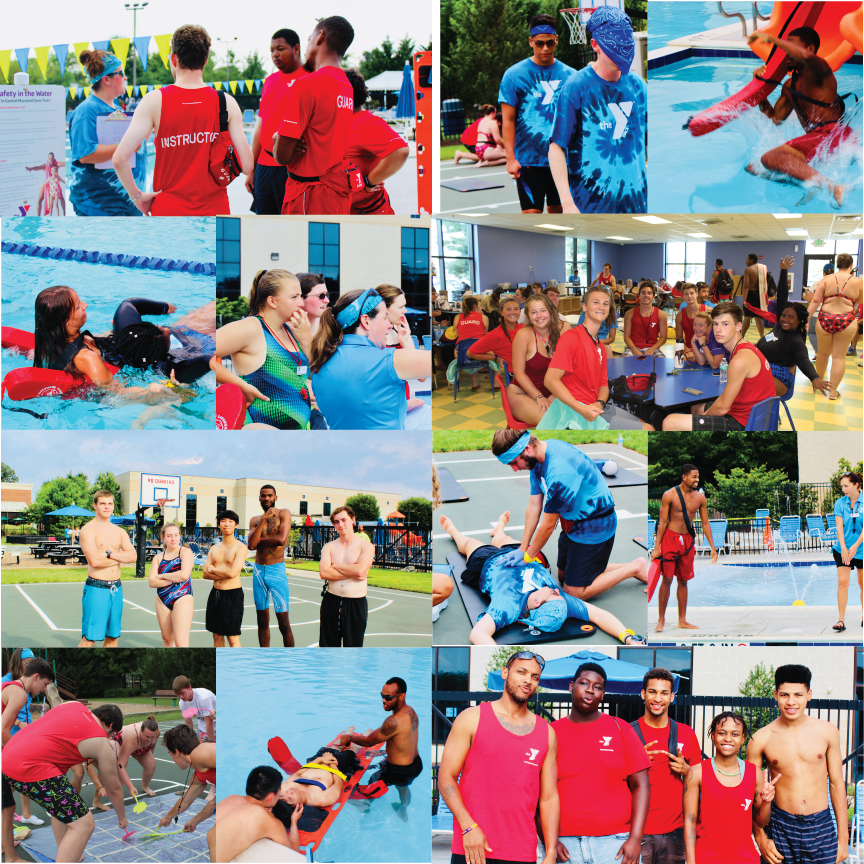 I think it’s safe to say that a good time was had by all!

Thank you to Jenn Umphlett from the Y in Catonsville, Betsy Kulp from the Y in Pasadena and Amy Vendt from the Ward Y in Abingdon for doing a fantastic job of organizing the event under the leadership of Jill Black, Vice President of Swim and with support from many others across the association.

Our Y associates work hard and do extremely important work.  We can never do enough to thank and recognize you. I’m delighted that the Lifeguard Challenge now seems woven into our cultural DNA and thrilled this event was such a success! Hats off to all of our Y lifeguards! Thank you for the important and impressive work you do!