This past Friday, Y associates, parents, volunteers and partners came together to recognize a true hero among us. After 27 years of service to the more than 25,000 Y children and families in Central Maryland she has touched over her tenure, Gail Reich, executive director of Y Head Start in Baltimore County, headed off to a well-earned retirement.   Gail’s departure resulted in a resounding amount of praise and deep gratitude from a whole community of students, parents, associates and a veritable legion of admirers who know well her leadership and contributions to the well-being of the promising and precious children to whose success in life Gail devoted her career.

After a conversation at Chris Ader-Soto’s kitchen table, Gail Reich began her career with the Y in 1989 as a site director for one of the two after school programs that were to be launched that summer in Harford County. During that interview, Gail asked if there would be advancement opportunities.  Little did she know that by mid-summer, the Y would be asked to operate three more after school programs in Harford County Schools, and then shortly thereafter would open a preschool program in the county.  Gail was quickly promoted and shared a tiny one room office in downtown Bel Air with three other Y pioneers to oversee these programs.  By the following school year, the Y was successfully awarded another five after school programs to run and within ten years of her start date, we were operating 18 school-based after school programs, two summer camp locations and two preschool centers in Harford County, all of which Gail helped to oversee as the Director of what was then called Child Care and Family Services, serving well over 1,500 children each year.

As our Y association grew, so too did the opportunities for Gail.  She moved to the Y association office to help support all of the Y’s preschool, afterschool, and grant funded programs.  Eventually, she became a certified trainer for the Y of the USA, but Gail found that she missed direct service to children and families. So, twelve years ago Gail Reich rose to become the Y’s Baltimore County Head Start Director. Under her leadership, the program grew in size, in services, and ultimately became nationally recognized as a Center of Excellence, one of very few Head Start programs in the U.S. to be so named by the U.S. Department of Health & Human Services, a reflection of yearly school readiness outcomes that are outstanding and exceed all norms.

Gail has been an amazing ambassador for the Y and leaves an important legacy. I can imagine no more important work than that which she has dedicated her life. She has been a mentor and friend to many. Her leadership has helped to give thousands of the most vulnerable children in our community a healthy start and will continue to ripple through to help generations to come.

Please join me in paying a well-earned tribute to the one-in-kind Gail Reich! 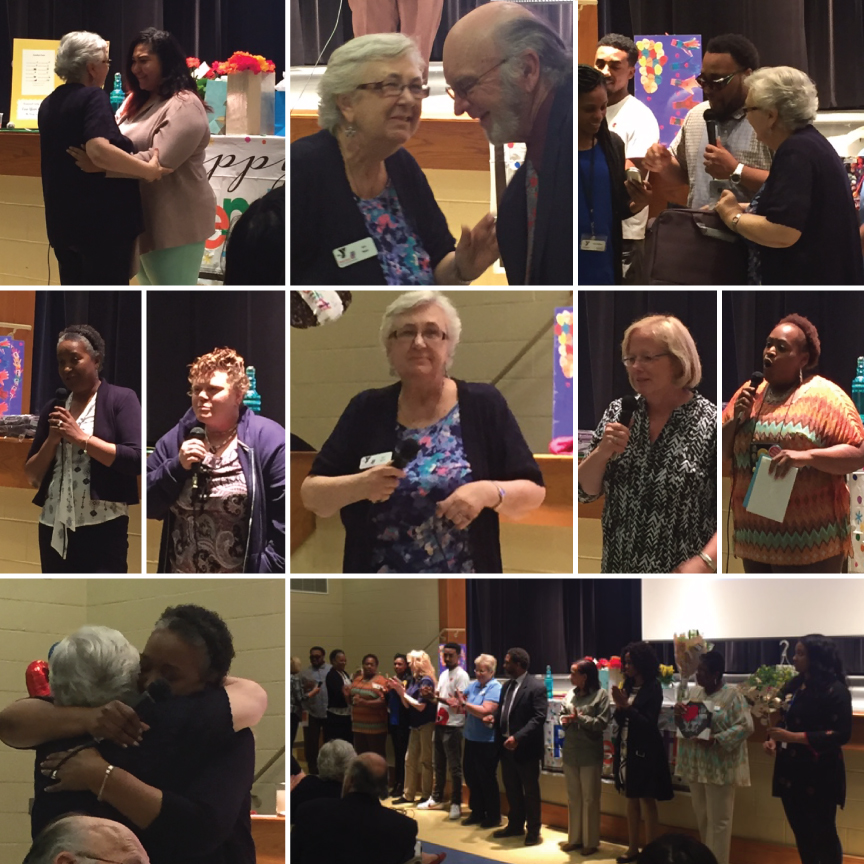