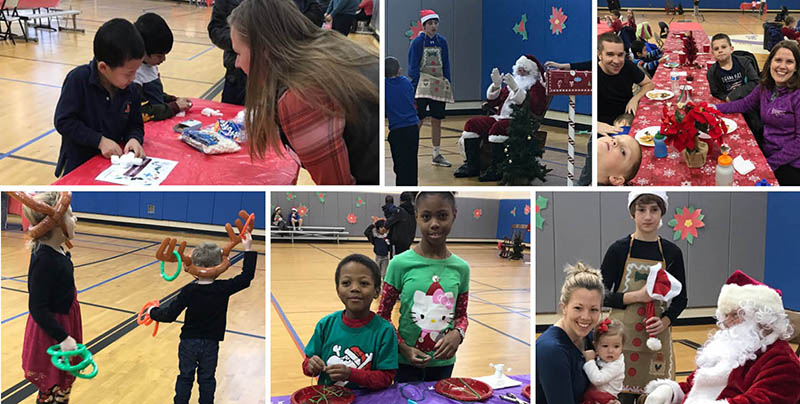 While “old-fashioned ways” have their definite pluses and minuses in today’s world, it’s hard to argue with the sentiment expressed by Ms. Alcott when it comes to family and community traditions like our annual Breakfast with Santa event, which took place across Y centers this past weekend.  The snow that fell this weekend provided a nice added touch!

As the father of twin seven year old girls, Christmas, Santa Claus, elves and the whole mystery of the season is kind of an obsession.  One of my daughters has become a bit suspicious of the whole thing, although she remains a believer; albeit one with a lot of questions (she is, after all, my child). This weekend she asked me how Santa has lived forever when no one actually lives forever.  Being the beleaguered parent that I am, I came back at her that Santa Claus is really a “family business” that has lasted a long time.  When Santa gets too old, his oldest son steps into the lead role, and that has worked for all of time.  For some reason she believed me, at least for now.

As we move headlong into the holiday season, it’s clear that a little bit of faith and an active sense of wonderment can go an awful long way.  It’s good to be an important part of that here at the Y.

I wish everyone health, happiness and well-being, now and always.