There is a new book out, called What I Found in a Thousand Towns, by the singer-songwriter Dar Williams. It’s the story of her visits to small towns throughout America on a quest to understand and document the essence of community. In it, she writes about “social capital,” deposits in a bank account of goodwill filled with small acts of kindness and togetherhood like, as she describes, ‘people who sew costumes for the school play, weed out the broken tricycles in a park, or donate a bench by the river.”

I believe that such a community exists and is nurtured every day at Ys and in Y programs where people from all backgrounds and with widely diverse interests and experience come together in some kind of unspoken but strongly felt act of community that tightens bonds and renews the fundamental human spirit alive in all of us. In Williams’ book, she refers to social capital as being “non-motorized.” In other words, it’s not tied to a gadget, but rather to real human connections.

Such was the case at a recent family event held at the Orokawa Y in Towson as described below by Y associate Frank Holden:

“We recently held a family event themed on the old TV show “Minute to Win it.”  It features a series of skill games designed to build competition between small groups of players.  Some of the games shown in the pictures featured Stacking Golf, pickup cereal out of a bowl with chopsticks, picking up pasta with a wooden skewer, and other types of games.  Each kid was given a tally sheet that they could redeem at the event for a prize.  There were also activities to get the kids physically active, such as sack races, jumping up and down with a pedometer to count movements, and making ping pong balls jump out of a backpack by jumping up and down.  Healthy snacks and fruit cups donated by Chick-fil-A were also served.  The entire event was a lot of fun and put together by our family programs coordinator Tamara Gardner.” 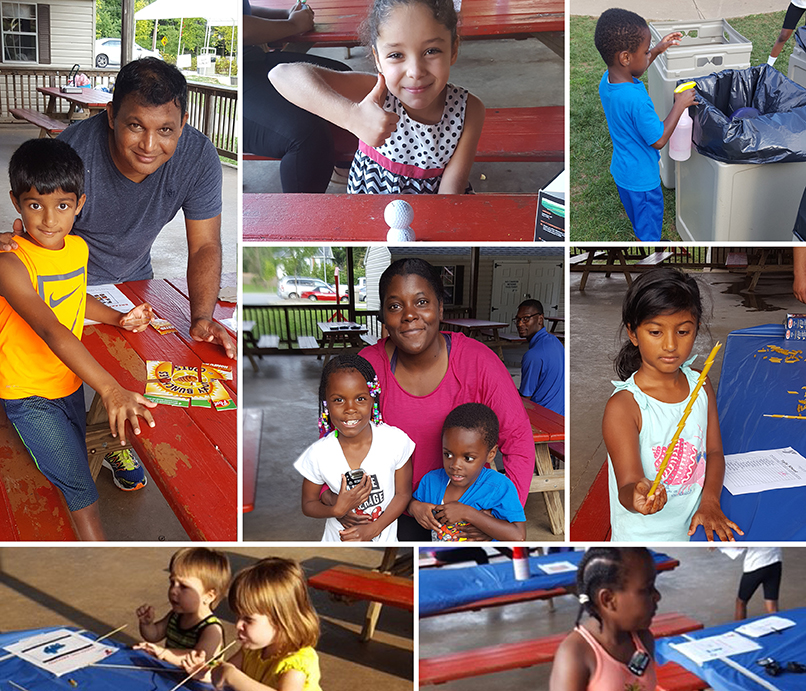 Thank you Tamara and Frank for creating and documenting this event, which to the untrained eye probably looked pretty innocuous, but when viewed through the prism of the Y’s mission, amounts to so much more. People throughout the community who didn’t know each other beforehand became teammates and, perhaps, even friends.

I think the photos tell the story. No internet or social media connections were involved; just the real, human type (remember those?). Way to go, Team Y! Thank you for always focusing on the well-being of our community.